The population of wider Melbourne is set to grow by 51 per cent by 2036. No surprises there.

However, by the same year, the amount of single-person households in the Melbourne area is projected to rise by over 100 per cent. That’ll be just over 34 per cent of our hypothetical 2036 population. Over a third of Melbourne residents will be living on their own in 2036.

Living alone is nothing new, though. According to the latest Census of Land Use and Employment, there were 40,352 people living in single person households within the city council bounds last year. It’s by far the most popular mode of living in the area, with the second highest being couples without children – all the way down at 13,635. 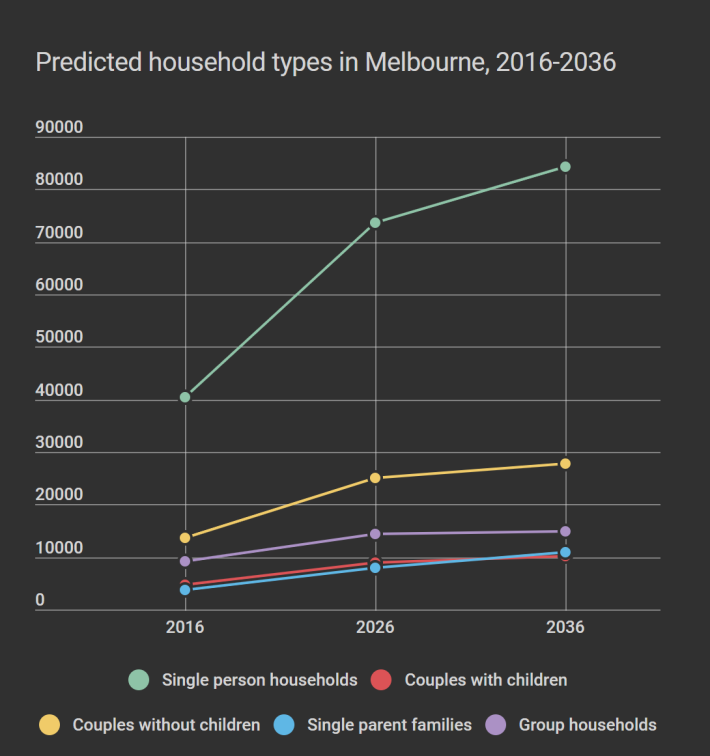 The number of private dwellings going up in the greater Melbourne area is set to skyrocket – at least until 2024. From that point, they’ll slow down; continuing to rise, just at a less rapid rate.

At the same time, the average household size (in terms of the amount of people living there) is projected to decrease. It’s interesting to note that this decline is also predicted to slow down in 2024 – staying stagnant for a couple of years before dropping then slowly rising. Overall, the average will shift from 1.95 people per house in 2016 to 1.77 in 2036.

While the average amount of people living in any given dwelling won’t change all that much, the slight change reflects the thinning out of the rising population. More homes are being built for less people living together. 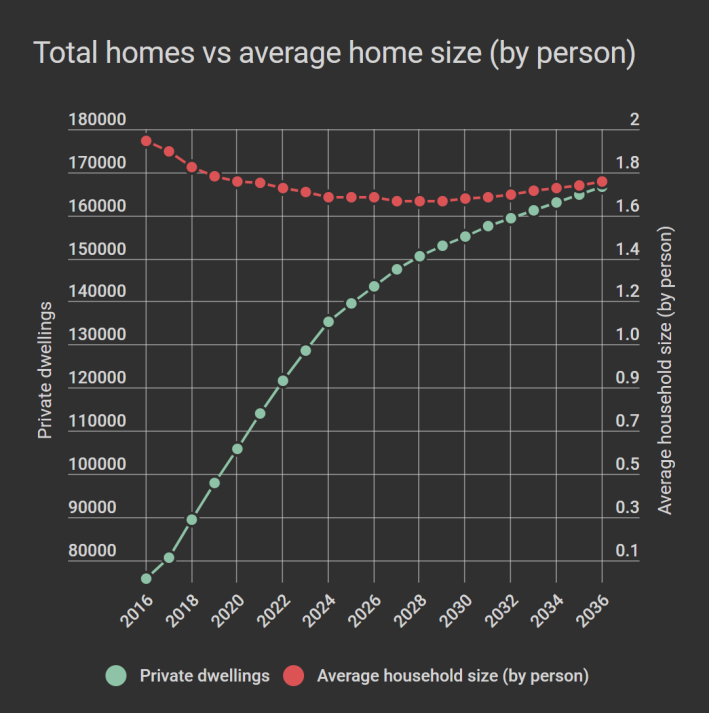 Most of the growth – or, growth of people living on their own – will be happening in the CBD, Southbank, and Docklands. Much like single-person households across the entire Melbourne area, the numbers in the CBD are set to more than double, from 11,834 people living alone in 2016 to 26,557 projected for 2036.

The key factor here would be the rise of residential towers in the CBD area. For example, the Australia 108 building in Southbank, due for completion in 2020, will bring in 1,105 new dwellings. 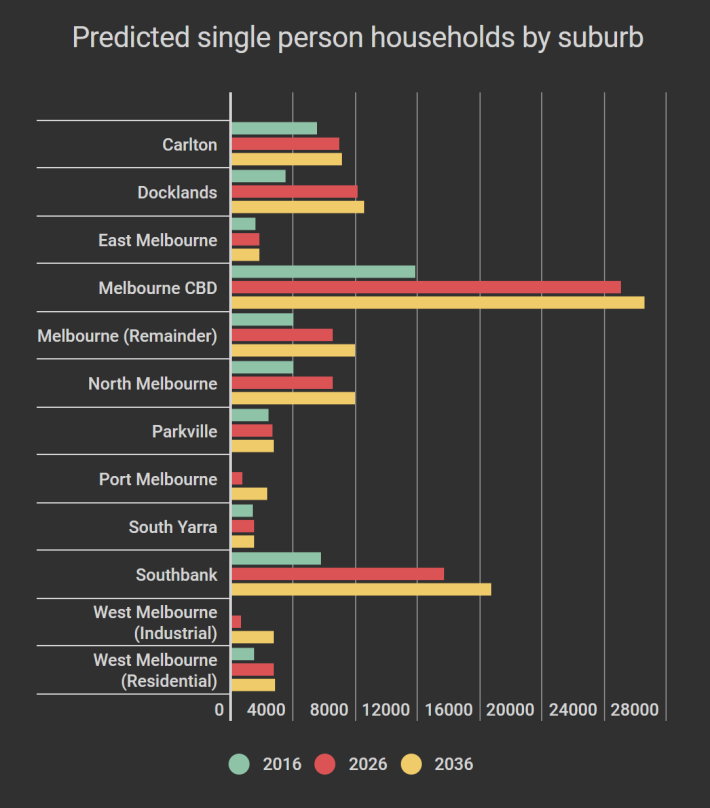 Ultimately, we can’t know for sure if any of this change will actually happen.

What we do know is that more residential towers are on their way up around the city, so it’s safe to say more people will be moving into the city bounds.

Whether or not they’ll be living on their own, though – either through choice or circumstance – remains to be seen.